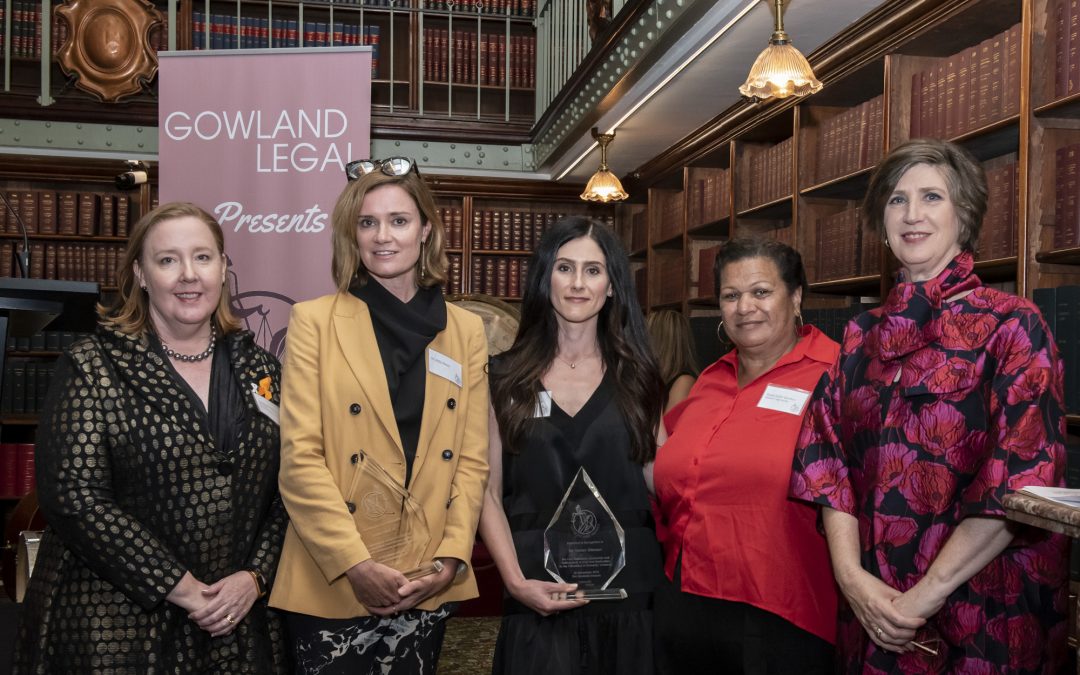 The Team at Gowland Legal, led by our Principal Solicitor Lyndal Gowland, are delighted to announce the success of the 3rd Inaugural Gowland Awards in 2018.

On Monday 26 November, the stage was set at the Parliament of New South Wales for the annual Gowland Awards in 2018. As a whole, the evening celebrated the tireless efforts of those who work to raise awareness of domestic violence, while calling out the worst examples of domestic violence denial.

In the movement to eradicate domestic violence within our society, The Gowland Awards annually celebrates and acknowledges the remarkable achievements of the individuals at the front-line of support and advocacy for both victims and survivors of domestic violence.

The night began with the arrival of our wonderful guests. It is safe to say that the room was quickly filled to the brim with passionate, powerful defenders of women and children at risk of violence and abuse. Lyndal Gowland opened the awards by thanking and acknowledging the leaders whose efforts to eradicate domestic violence inspire us and motivates us, and re-enforced the power of collective action against such an endemic.

Each year, the Gowland Awards presents a series of awards to acknowledge the specific efforts of individuals that have championed for change. These awards acknowledge the people who lead the way to improving attitudes, behaviours and legislation around domestic violence.

Each year, the Gold Gowland Award for Excellence in Domestic Violence Awareness is presented to an individual who use their voice and public platform to spearhead change in mainstream social attitudes towards the impact of domestic violence, and shine a light on issues that are viewed as contentious to many members in society. This takes bravery, courage and conviction.

The Gold Gowland Award for Excellence in Domestic Violence Awareness was presented jointly to the highly esteemed journalists Hayley Gleeson and Dr Julia Baird. This award was presented by Jenny Aitchinson, Member for Maitland and Shadow Minister for Women, Domestic Violence and Business and Dixie-Link Gordon, a celebrated domestic violence educator.

Principal Solicitor Lyndal Gowland explained that Baird and Gleeson had both used their platforms to call out the religious institutions that have traditionally been afforded exemption from inquiry into their attitudes towards women. This caused public backlash, but these two women remained strong, focused and passionate.

Next, Dixie-Link Gordon presented the Gowland Award for the Act of Resistance to the founder of the Inner West Mums Facebook Group, Anita Vitanova. Anita accepted the award on behalf of the survivor’s in our community that have shown strength and courage.

Anita’s work with the Inner West Mum’s community provides tremendous assistance to women and children who are victims of domestic violence. In Anita’s acceptance speech, she dedicated the award to the women have the courage to leave an abusive relationship, and establish a new life.

She stated, ‘They are the ones that deserve this recognition’.

Then we saw the night take a slightly rowdier turn. An iconic part of the Gowland Awards each year is the ‘Howl for a Gowl’ nominations. These are collected by the Team at Gowland Legal over the course of the year, to call out those who sadly still deny domestic violence.

The 2018 Gowland Awards were also supported by a number of Labour MP’s, all members of the New South Wales State Parliament. Gowland Legal would like to acknowledge Jo Haylen (Member for Summer Hill), Jenny Aitchison (Member for Maitland, Shadow Minister for Women), Sophie Cotsis (Member for Canterbury), Trish Doyle (Member for Blue Mountains), Yasmin Catley (MP for Swansea and Shadow Minister for Innovation and Better Regulation) and Julian Finn (MP for Granville).

It was an honour to have these influential members of our wider society in attendance. This was a true reflection of the power of collaboration and unity in standing together towards the eradication of domestic violence in our society.

Gowland Legal would like to extend their overwhelming gratitude to the Sponsors for this year’s event. The 2018 Awards was the first year to gain sponsorship, reflective of the importance of its message and the awareness that it promotes. This year, we thank Lindt Chocolate and Macquarie University for their generous donations and support towards the event.

To have the support of these organisations speaks volumes about their stance on domestic violence as an issue in our society. It shows that they take the issue seriously, and that they are committing to support change. With the amount of sponsorships requests these large corporations get each year, it was clear that their aid was to support the work of the powerful attendees that night.

Gowland Legal would like to extend their gratitude to the following: 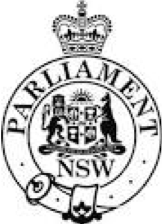 Gowland Legal would also like to extend thanks to the following members of New South Wales Parliament for their support of this year’s event:

The Gowland Awards were inspired by the Ernie’s Awards for Sexism, founded by the Honourable Dr Meredith Burgmann. Gowland Legal would like to extend their gratitude to Dr Burgmann and the Ernie’s for their ongoing support.