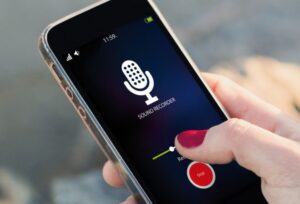 Technology-facilitated violence is a developing area of law. The recording of a person without their permission is generally not allowed. Gowland Legal’s submissions in Corby v Corby [2015]FCCA1099 were accepted by the Court. Corby is now used as a precedent for determining whether a recording is reasonably necessary for the protection of the lawful interests of a party subjected to domestic abuse.

In Corby, we tendered further evidence to show the Father was sexually coercive, intimidating & physically violent to the Mother during their relationship, in the form of four non-consensual recordings of conversations between them.

The Court found pursuant to Surveillance Devices Act the Mother had a lawful interest in protecting herself from intimidation, harassment, & sexual coercion & as such the recordings were admitted.

It was found the recordings were reasonably necessary as it may not have been a realistic option to report her predicament to the police, & the recordings were important evidence in demonstrating the difference between the public & private ‘faces’ of the Father.